After a years-long drought, major snowfall will raise the lake and the appeal of lakefront mansions

Drought-ending snowfall around Lake Tahoe this winter has realtors forecasting a busy spring and summer sales season for lakefront mansions, thanks to a geologic phenomenon that can sink or swim sales activity.

The height of Lake Tahoe influences sales along the waterfront, where the waterline by a multi-million-dollar mansion can vary as much as 200 feet depending on the winter precipitation, experts say. And this summer, the National Weather Service is expecting the height of the lake to return to peak levels following a four-year drought.

“There is a direct correlation between the water level and lakefront market performance,” said Bill Dietz, principal broker of Tahoe Luxury Properties.

Drought can dry up waterfront sales in certain parts of the lake, like the shallow waters of Tahoe City and South Lake Tahoe, California. For instance, buyers are hesitant to drop several million dollars on a waterfront estate where the pier meant for docking a boat or taking a cannonball into the lake is jutting out over yards of dry beach, as was the case in 2015.

“The shallowest piers became high and dry,” Mr. Dietz said. During the drought years, sellers even had unsightly bushes and weeds growing in the void before the waterline, he added. “When the water comes back up, it really benefits lakefront sellers.”

Sales data for the past several years backs up the observation. Fewer lakefront homes sold around the perimeter of Lake Tahoe on the Nevada and California sides in 2015, when the water level fell to its lowest point in at least a decade, according to data from Sierra Sotheby’s International Realty and the U.S. Geological Survey.

While most major cities in the U.S. reported a jump in luxury property sales in 2015, the opposite struck Lake Tahoe, where there were only 36 lakefront sales that year, a 38% decline from the year before. Sales stumbled even further in 2016, with only 31 single-family homes sold along the lakefront, according to data from Sierra Sotheby’s. 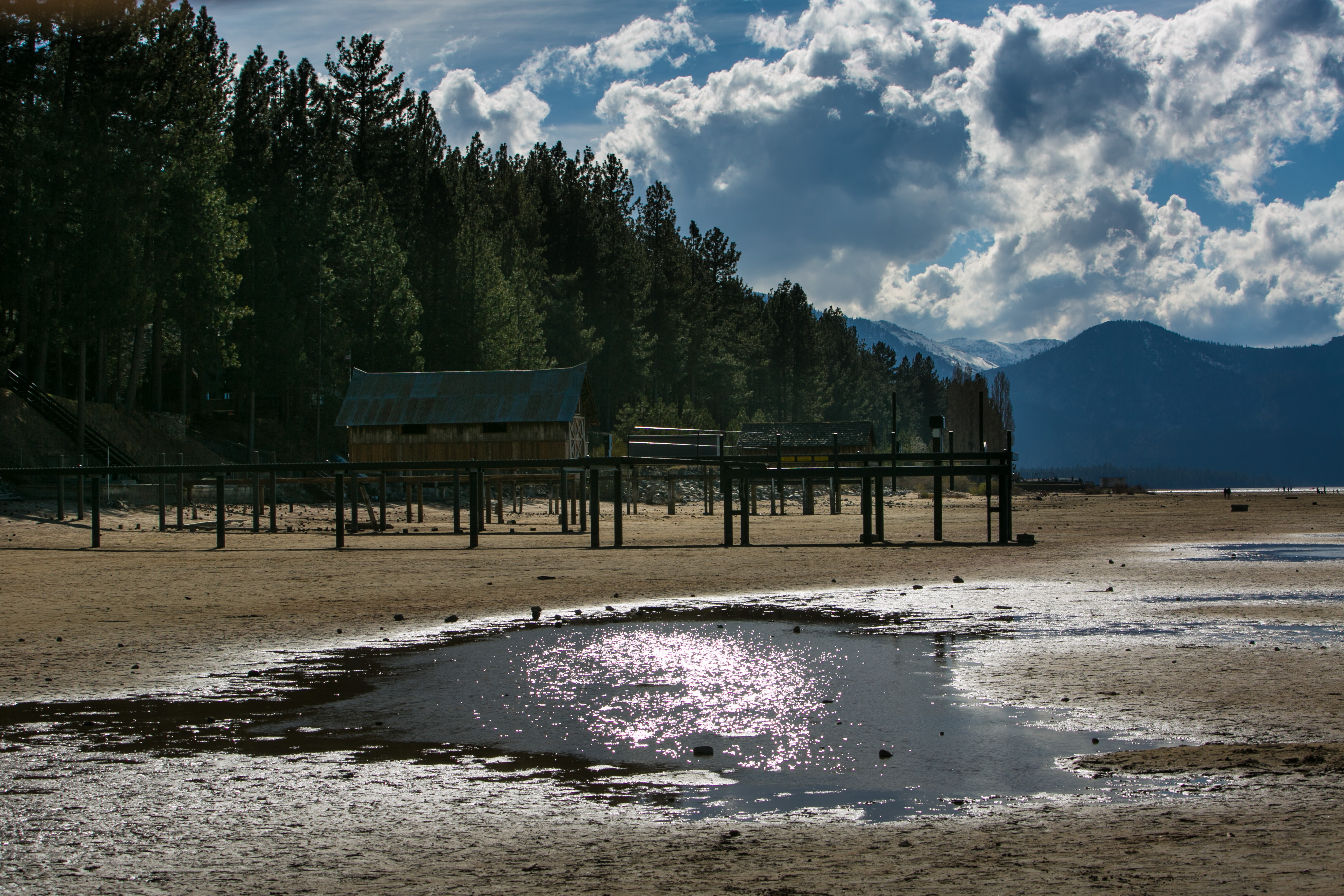 The water level of Lake Tahoe is artificially controlled to vary only about nine feet via the Lake Tahoe Dam (a narrow window from around 6,221 to 6,229 feet). But just a few feet of water will make a big difference in some beaches, said Tim Bardsley, senior service hydrologist at the National Weather Service in Reno, Nevada.

“When the lake gets below 6,223 feet…there are big beaches,” Mr. Bardsley said. “In some areas there’s not only a lot of sand but lake bottom before the water.”

Expect market upswing this year, but supply may be low

This summer the National Weather Service is forecasting the highest water level since 2006, Mr. Bardsley said.

“There are a lot of things we have uncertainty about, but we have confidence it will get very close to that (upper) limit of 6,229.1,” he said.

But enthusiastic waterfront buyers can expect a downside to a full lake. Sellers are less willing to part with properties during a high season, meaning smaller inventory and greater price competition, Mr. Dietz said.

Today, Tahoe Luxury Properties counts only 14 lakefront homes for sale on the California side, according to a blog post by the brokerage.

“Expect some of the most desirable lakefronts to sell prior to hitting the open market,” it wrote. “There is a very active set of buyers right now waiting for the right opportunity to become available.”

Lake Tahoe filled to the brim